While we were planning our trip to Berlin, the sign for “Alexanderplatz” appeared. It shows the TV tower itself with the sphere and the antenna on top. For the amusement of all, the middle finger is used to imitate the antenna. Especially among the German participants a discussion about hand forms in German sign language started, because one does not show the middle finger like that in general. But despite this fact, the sign for “Alexanderplatz” is actually used like this. In the beginning some people tried to avoid this hand shape and described the TV tower differently. But later the sign “Alexanderplatz” was more and more established. 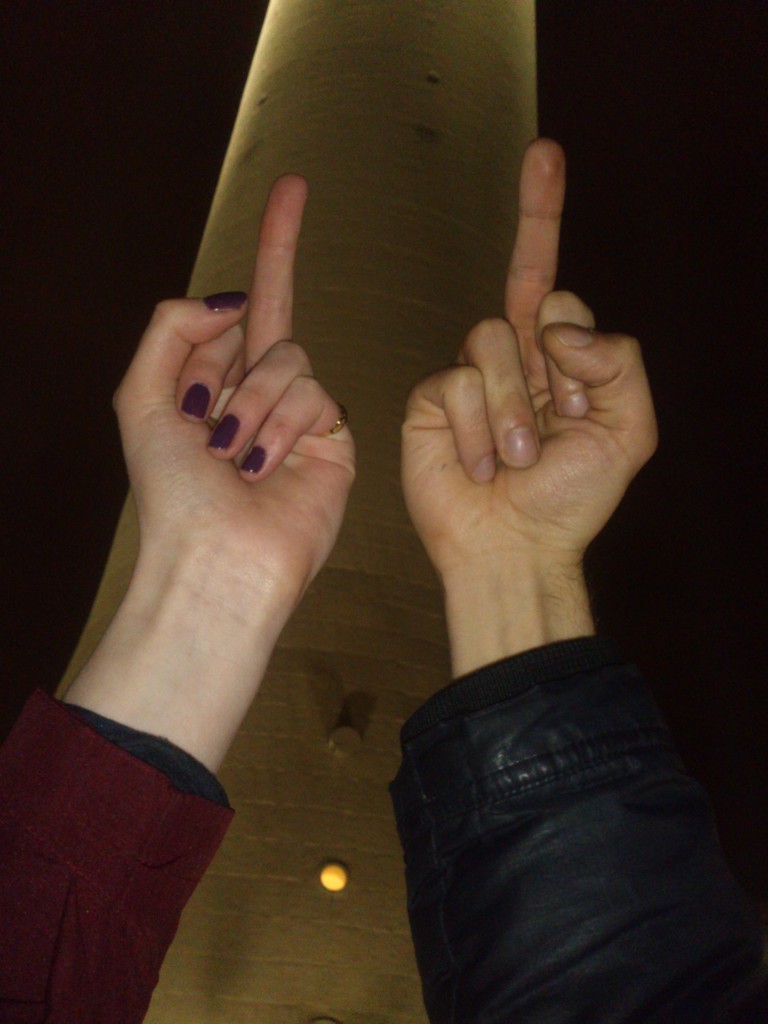